Accident Investigation Bureau has released a preliminary report on Accident involving a Bell 206B III, 5N-BQW

On 27th August 2020, a Bell 206B III helicopter with nationality and registration marks 5N-BQW, operated by Quorum Aviation Limited, was topped up with 247 litres of fuel to full tank capacity on ground Port Harcourt Military airport (DNPM). The technical logbook entry revealed that there was an engine run for 10 minutes and a test flight of 20 minutes in preparation for a positioning flight the next day.
On 28th August 2020 at 09:15 h, 5N-BQW was started and at 09:20 h, the helicopter lifted off from DNPM as a ferry flight to EAN Aviation hangar, Murtala Muhammed International Airport, Lagos (DNMM). The flight was operated on a Visual Flight Rules (VFR) flight plan. According to the flight plan, on board were one pilot, an engineer and a fitter mechanic with fuel endurance of 3:15 h.

Kindly click the PDF link below to read more.

The Bureau will appreciate that the general public and press respect the privacy of the people involved and NOT assume the cause of the accident until the final report is released. 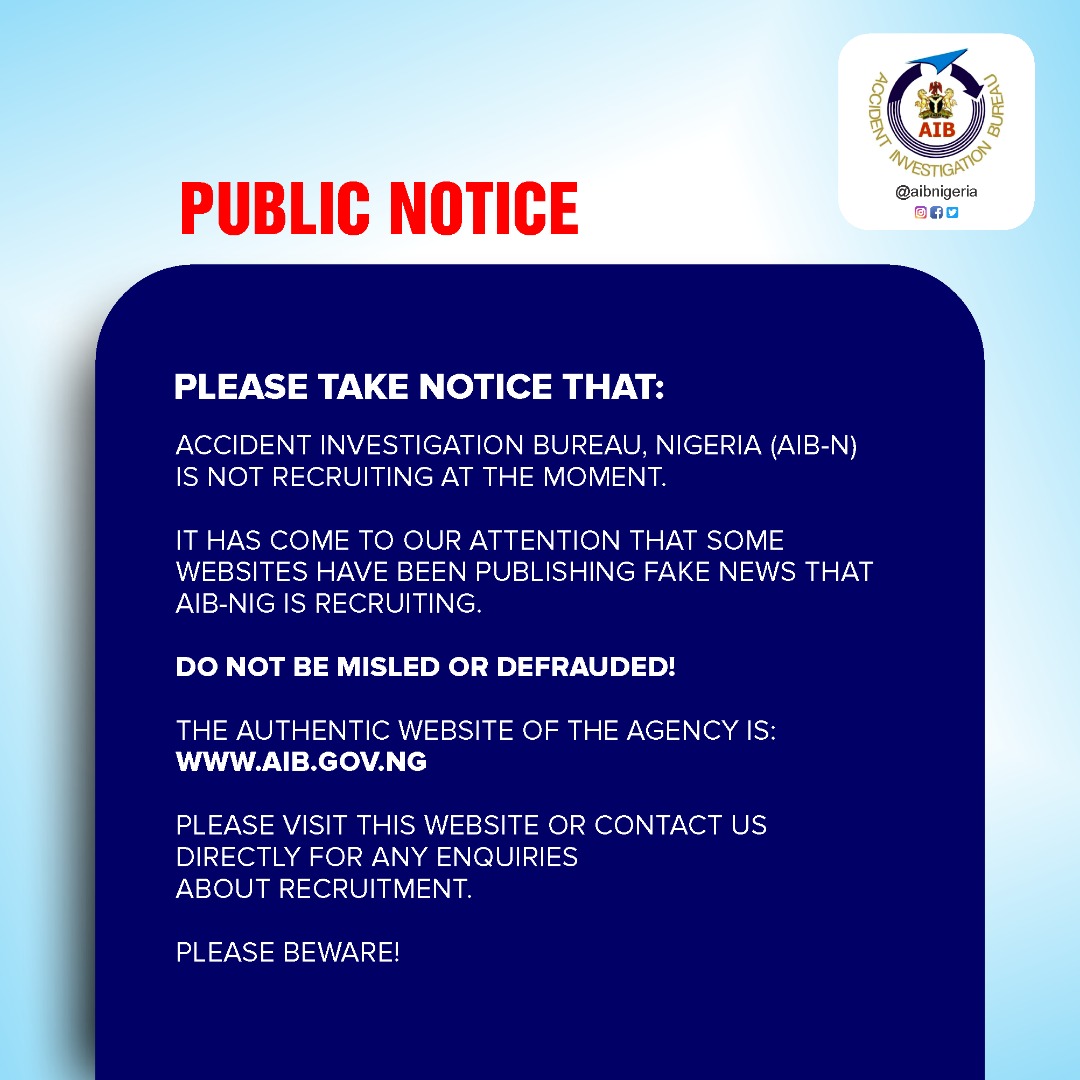 PLEASE TAKE NOTICE THAT:
ACCIDENT INVESTIGATION BUREAU, NIGERIA (AIB-N) IS NOT RECRUITING AT THE MOMENT.